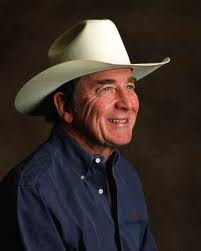 Not having caught Ian Tyson's earlier shows at McCabe's is something I still regret very much. Ironically, it was with some reluctance that I finally decided to see him in August 2005 - I had figured that he must have been in his low sixties, therefore still fit to put on a decent performance. And he put on not a decent, but an incredible performance that went on for over two hours, with plenty of energy, great vocals, quality songs and fun stories.

As we were getting up at the end of the show, the lady sitting next to me said "Not bad for a seventy-two year old". I replied "No way is he in his seventies", but then a subsequent Google search proved her right. Hard to believe, but absolutely true.

Ian came out with two other musicians whose names I do not know, and together they kept us fully engaged for the entire duration of the show. It didn't matter whether Ian sang newer songs or his old classics, he just couldn't do wrong. Most of the new music came from Ian's just-released CD titled "Songs From The Gravel Road" - these songs were catchy and instantly accessible. The old Ian & Sylvia numbers were truly special - he played "Someday Soon" and "Four Strong Winds", two huge hits that he wrote himself in the 1960s, but stayed away from "You Were On My Mind", a mega-hit penned by his ex-wife Sylvia.

Ian spoke about Alberta and his life on his ranch there, and expressed disbelief, in a humorous way, about Los Angelenos putting up with their crowded freeways.

Ian's much-expected return to McCabe's took place after his throat troubles of 2006, which damaged his vocal chords to a great extent. Ian's "new voice", as he called it, had none of the smoothness of his trademark timbre, so there I was once again debating whether or not to attend his show. I went.

I so badly wanted to relive the great moments of his 2005 concert, but it wasn't to be. Still, his voice sounded stronger than what it was on his 2008 album, "Yellowhead To Yellowstone And Other Love Stories", which was in line with Ian's claims of continual vocal improvement.

I will probably never see Ian Tyson again, but his music will stay with me for as long as I live.

For his 2009 tour, Ian brought along fellow Albertan Corb Lund, a young singer-songwriter whose association with Ian was based not only on their common roots, but also on their shared musical interests. Corb's set started well, but after a while it became monotonous.