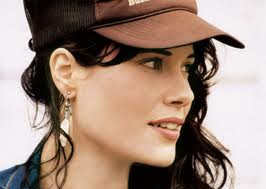 This was Shannon's first appearance ever at McCabe's and she did it alongside string-wizard Greg Leisz, a veteran of the local music scene. According to my religiously-kept concert database, this was my 12th time to see Greg in action, but his first time to be billed as a headliner. Well, a co-headliner, actually.

Shannon also brought along drummer/percussionist Don Heffington and guitarist Will Sexton, brother of Charlie Sexton, and together they put on an entertaining show consisting of her own compositions, including some from "Western Ballad", her latest release, plus a handful of covers.

The songs I liked the best were "Ain't No Love In The Heart Of The City", a Bobby "Blue" Bland cover, and Shannon's own "The Hard Way". Kate Wolf's "Brother Warrior" was good, too.

Greg Leisz played the pedal steel guitar, dobro, electric and acoustic guitar and sang backup vocals as well. Everything he touched sounded great, but what excited me the most was his electric guitar.

Talented singer-songwriter Jarrod Dickenson kicked off the evening with a forty-minute set that wasn't bad, but suffered from a problem that seems to afflict many of the younger acts I have seen in recent years: his compositions weren't edgy enough and he lacked the power and intensity one would normally associate with the younger generation of musicians. 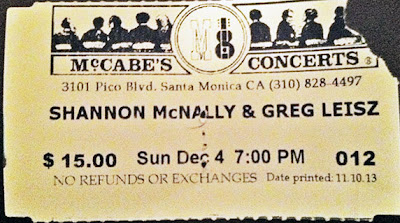