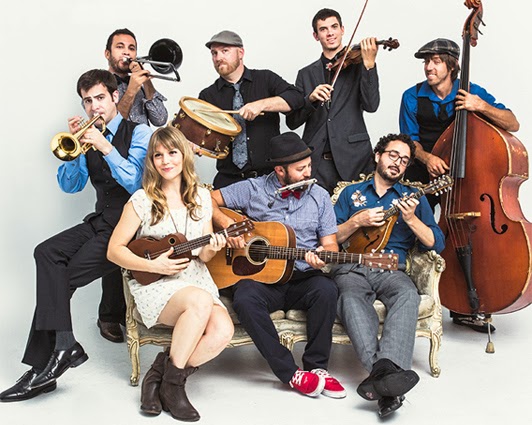 Last night was my sixth time to see the Dustbowl Revival in concert in slightly less than two years, a clear sign that I can't stay away from their seated shows in the Los Angeles area. This time I caught them at Culver City's Boulevard Music, a venue located a mere fifty-one miles from my home.

Overall, last night's show was not different from the previous ones, and that is not a negative. Once again, the band put on a quality show in all respects: great pace from beginning to end, excellent song selection, soulful vocals, good humor, outstanding musicianship, a smorgasbord of different styles of music and full democracy, with each band member given sufficient time to strut their stuff. The band was given a well-deserved standing ovation by the one-hundred-strong crowd.

The show kicked-off with one of my favorite songs, Western Passage, with violinist Connor Vance playing the part of the acoustic guitar handled so well in the past by Ray Bergstrom. Good songs kept coming one after the other. As always, they threw in a couple of new ones, something I always welcome, even though that is typically done at the expense of songs I would have loved to hear. Last night we didn't get the hear "Dan's Jam", nor "Swing Low", but we were treated to great renditions of  the seldom-played "Nobody's Fault But Mine" and "The Ballad Of Judas Iscariot".


Just like in my earlier blog entries, I must say that I admire Zach Lupetin for what he has achieved with his band. I've seen a few concerts in my life, but I can't think of too many acts capable of being as entertaining as the revivalists, as well as cover as wide a musical territory as they do. I'm also amazed by how well the band has survived the inevitable changes of personnel.


The Boulevard Music is not a bad place to see a live show. The place is intimate, the sound is good and the crowd is there for the music and nothing else. 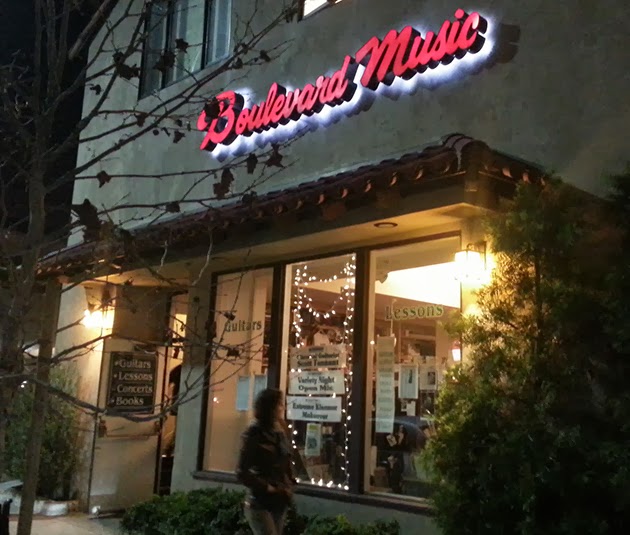