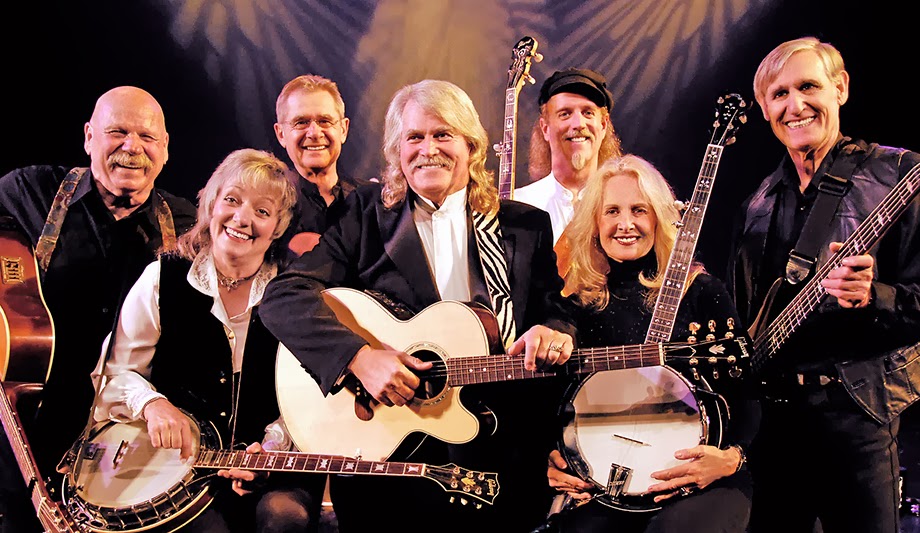 Although I've always liked the New Christy Minstrels, I went to see them in concert for one reason and one reason only: to be in the same room with one of my long-time idols, Barry McGuire, who had just rejoined his old band for a couple of shows. So I got to see Barry, he was phenomenal, but to my surprise, the evening turned out to be so much more than just Barry.

The concert took place at the Haugh  Performing Arts Center on the campus of the Citrus College in the City of Glendora. Sitting in the second row of the auditorium, I witnessed a rare reunion of the original members of the band, a little detail that had not been advertised.

Barry's  delivery of P.F. Sloan's "Eve Of Destruction" gave me the goosebumps, and I'm not exaggerating. I was amazed by how well his trademark voice still sounded, forty years after his hit song first came out. Equally impressive was the pure joy that he exuded through his every pore - while everyone on stage had a lot of fun, no one enjoyed the moment more than Barry.

Randy Sparks, the unmistakable leader of the band, gave plenty of room to every band member to showcase their talents, but the evening's finest moments came when they all pooled their voices together. As expected, "Green Green" was a highlight and so was "Greenback Dollar". They also sang many songs I did not know, but everything they touched sounded great.

After the show, I had the immense pleasure to shake hands with Barry. Unforgettable.