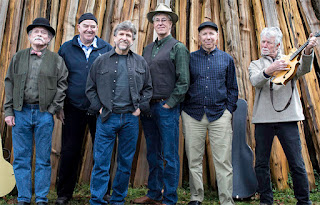 I went to see Marley's Ghost with just a rough inkling of what the band could do. As it turned out, it took them no more than two songs to make a fan out of me. I was totally taken by the versatility of the band, as they hopped from genre to genre with the greatest of ease - they played bluegrass, country, folk, blues, gospel, a touch of reggae, and they did it with instrumental virtuosity and great vocal harmonies. And speaking of vocals: to these ears, they sounded the best when their voices joined together for the singing of gospel tunes - their renditions of "Shadrack" and "Run Come See Jerusalem" were delightfully good.


The band's set list consisted of a mix of original music, as well as covers. I liked their delivery of "Ticket To Ride" and also the show-ending "One Love", the Bob Marley classic.

I must also mention their humor: I laughed out loud when Dan Wheetman invited the crowd to buy the band's albums and said that all those unhappy with the purchased CDs may bring them back in exchange for CDs that the band dislikes. By the way, Dan's baritone voice is something to behold.

All-in-all, I had a fabulous time discovering the many talents of this outstanding but little-known band and I know that I will catch them again. 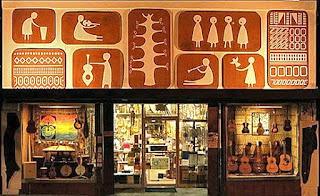