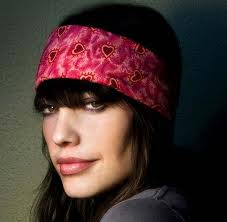 I first saw Pieta Brown when she opened for J.J. Cale at McCabe's in March 2009 and I liked her quite a bit. Her headlining gig, also at McCabe's, was a somewhat different experience. The show wasn't bad, but it lacked changes of pace and was a little short on variety - Pieta writes good songs, but they all fit the same mold, more or less. But I don't mean to sound exceedingly negative, Pieta is a talented performer who will be around for many years to come.

The standout tracks were "Ring Of Gold" and "How Many Times", with some great guitar work from husband Bo Ramsey. She also sang her own "In My Mind I Was Talkin' To Loretta", plus a few classic folk-blues covers.

At no time did Bo Ramsey's electric guitar overpower Pieta's voice. On the contrary, his tasteful and understated playing was a great complement to Pieta's songs.