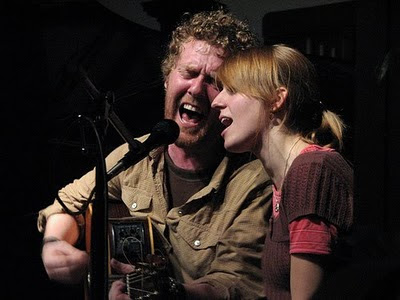 Picking the best McCabe's concert I've ever seen is mission impossible, but one thing is for sure: no other show was better than what I saw on March 14, 2010.

The concert sold out in minutes, it was a miracle that I managed to get two tickets. Initially, my better half was supposed to go with me, but a bad cold got in the way. Enter my young friend Ralph, a ticketless Swell Season fan, who could not hide his joy for his bit of good luck.

The McCabe's show was the first of two small-venue benefit concerts for Kenya's Maasai Wilderness Conservation Trust, a cause Glen Hansard had taken an interest in. Tickets cost $40, a real bargain.

I reached McCabe's at 5:30 PM, which - it turned out - wasn't early enough to be first in line: seven or eight people, obviously crazier than me, had already lined up for the privilege of getting in first. I was soon joined by Ralph and we had a great time chatting out there in the street.

Ralph and I sat in the front row, right at Glen's feet, and from there we witnessed a performance that is hard to describe in words. Glen Hansard is a force of nature. I can't think of anyone more intense or more soulful than him, and all this while maintaining total humility and a down-to-earthness that is rarely seen. His facial expressions and the passion in his voice are unforgettable. In contrast, Marketa Irglova's personality was far less powerful. She appeared to be fragile and vulnerable, an impression that was reinforced by her low-profile stage presence as well as her somewhat weak singing voice. But maybe it's the Glen-Marketa contrast that makes the Swell Season such an electrifying act.

The show had many high points. "Low Rising" was one of them. "Into The Mystic" was an absolute knock-out and so was "No Woman, No Cry".


Here's a live-in-studio version of "Into The Mystic", performed exactly the way we saw it at McCabe's:

A few songs in, Glen invited to the stage an acoustic guitar player from Spain, by the name of Javier Mas, who had toured the world with Leonard Cohen. Javier's virtuosity was a great addition to the show. All the while, Glen Hansard used one of the most beat-up guitars I had ever seen.

They played many songs from "Strict Joy", as well as their first, self-titled album. I liked "Paper Cup", "Falling Slowly" and most everything else they sang.


Watch the Swell Season in a powerful performance of "Low Rising", live on Dave Letterman:

Overall, it was one of the best concerts one could ever see and hear. Would I ever have the good fortune of seeing them again at McCabe's? Unlikely. 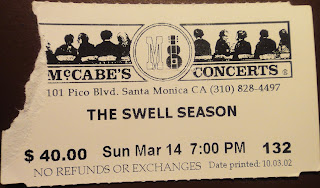 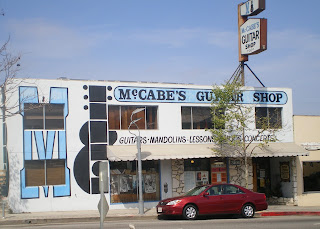