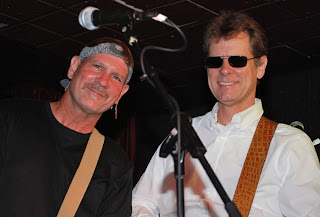 Suburban Skies is a semi-professional cover band specializing in the solo material of the four ex-Beatles. The heart and soul of the band is Nick Sherwin, a friend of mine whom I first met through my friend and former coworker Joe Novak. Joe also happened to be the band's guitarist at the time.

It is hard to judge a band that has two friends in its lineup. These guys have day jobs and limited production means, so a direct comparison with full-fledged professional bands is unfair. But I did not go to see them "for comparison purposes". I went to see them to show them my support and have a good time in the process.

Suburban Skies is not trying to duplicate the original arrangements - that would be silly. Also unachievable. They simply play the songs the way they want to play them, while making sure that John, Paul, George and Ringo are equally represented, more or less. Some songs sound better than others and a few sound very good. My favorite was "No Other Baby", an obscure number first sung by Dickie Bishop in the fifties, then picked up by Paul McCartney in 1999. John Lennon's "Cold Turkey" was good, too. 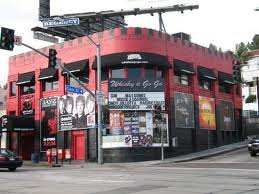 Their Whisky A Go Go show, in January 2010, took me there for only the second time in my concert-going career. It was an interesting night, with multiple unsigned bands playing relatively short sets in quick succession. There's a lot of unknown talent out there. Also a lot of competition.
Posted by Gabe at 2:12 PM