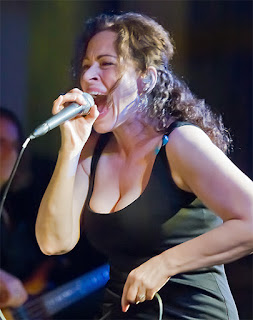 This is a brief write-up on a concert that I attended in February 2018.

This was my seventh time to catch Janiva live in concert, a clear sign that I'm a fan. The best way I can summarize her concert is by quoting what the person sitting next to me told me at the end of the show: "This wasn't blues". He had a point.

Janiva's newer act had little in common with her older concerts, when a top-notch band would warm up the crowd with a couple of fiery blues instrumentals, followed by Janiva's delivery of original material and covers that everyone could easily categorize as blues. I have to admit that I'm somewhat nostalgic for those older shows.

Janiva's focus was on her current release, "Love Is An Army", I think she performed the album in its entirety. She remains a powerful performer and I'm sure I will see her again. 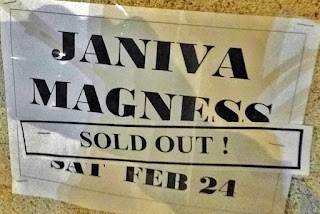