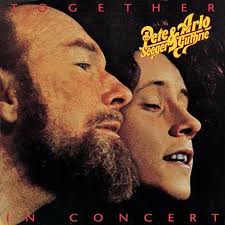 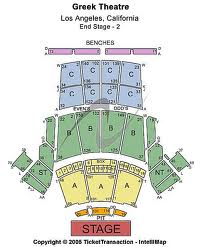 This was my first concert that I attended together with Ken and Marilyn, two good friends who for many years, until Marilyn's untimely passing, were regular concert-going partners of ours. Ken was a folkie, while Marilyn was more of a rocker, but the kind that could still enjoy an evening of acoustic music.

I had been very well acquainted with Pete Seeger's music, but as far as Arlo was concerned, I only knew "Alice's Restaurant", of course, and the "City Of New Orleans". Truth be told, it was Pete I really went to see.

We sat in Section B, in one of the first few rows, so we had decent seats overall. Pete was fantastic, but the big surprise was Arlo, who impressed me very much with both his singing and humor. After so many years, I still remember two of the songs I heard there for the first time: "Garbage" and Dave Mallet's "The Garden Song". Later, I found both songs on the same album, Pete Seeger's "Circles And Seasons", released in 1979.

The highlight of the show was the "If I Had A Hammer" sing-along. Now that's a song I've known since I was twelve - singing it with the master of singalongs was something truly special.

The crowd's repeated calls for Alice were totally ignored by Arlo. Rightly so.