He sold over 40 million albums worldwide, including many millions in the US, primarily via his late-night TV ads. He played on the world's most famous stages. He became Romania's best-known musical export, and he did it with a pan flute. 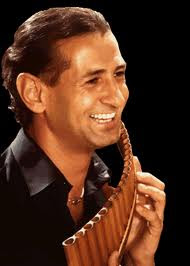 While I was living in the Old Country, city-dwellers such as myself wouldn't be caught dead listening to someone like Zamfir. The traditional Romanian folk music was way below our dignity, and that's what Zamfir was playing. But then, out of the blue, his "Doina De Jale" became a hit in Western Europe, and all of a sudden it was alright to talk about him and, what the heck, even listen to his music. By the time we got to the States, he had built up a reputation as one of the world's better-known musicians. From Mozart to the Beatles, he covered everyone, but nothing he touched was quite as good as his Romanian folk songs, most of which required a high level of virtuosity. 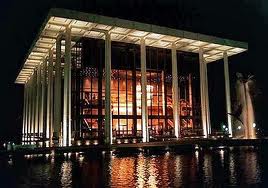 We went to the show as a trio - we were joined by a somewhat reluctant guest, my mother. Zamfir had landed in Los Angeles just a few hours before the show and had some problems at the customs, allegedly because of his many pan flutes. As a result, the show started a bit late. We had excellent seats, in row three or four. 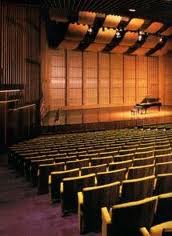 The first half of the show had Zamfir backed by a Western European modern band, all dressed up in elegant evening suits and white shirts. He played classical music and pop hits, a rather forgettable affair. After the intermission, he came out with a distinctly Eastern-European-looking band, something like a gypsy band you would see in a lowly restaurant in the Balkans. Zamfir himself came out in a shirt, no jacket, with his sleeves rolled up. Well, the minute they went to work, you could almost hear the crowd go "Wow". The sophisticated Pasadena crowd had never heard a sound quite like it and they loved it.
Changing his pan flutes after every song, Zamfir dazzled the audience with complex, fast-paced Romanian folk songs that were exceptionally well-received by the audience. His band was equally good. To me, their sound was very familiar, but most folks in the attendance had not heard taragots and cimbaloms before, yet in spite of the newness of the sound, Zamfir has kept everyone hostage with his virtuosity and truly electric personality, something you seldom see in a performer.
All in all, it was a fabulous evening, the kind one never forgets, and yes, my mother loved it, too.
This video will give you a taste of what Zamfir is like in concert.
Posted by Gabe at 10:41 PM

Email ThisBlogThis!Share to TwitterShare to FacebookShare to Pinterest
Labels: Zamfir