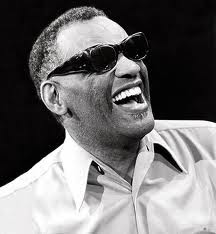 Located not too many miles from our house, the LA County Fair presents lots of concerts, year after year, but a typical line-up consists of mostly "has beens" of all genres. Every now and then, though, you can catch there something truly big. Like Ray Charles, for instance.
We arrived a few hours early, and in this case, "we" meant my father, my friend Peter and myself. Our fair admission included the concert, with grandstand seating on a first-come-first-served basis. We had decent seats, obtained after standing in line for close to an hour.

Brother Ray was in good vocal form. Accompanied by a big band, he went through many of his standards, "Georgia On My Mind" among them, but what impacted me the most was a seldom-heard song called "Keep Me Singing", essentially a call to God for continued vocal prowess. My father was totally taken by the performance and so was I. Peter was less impressed. 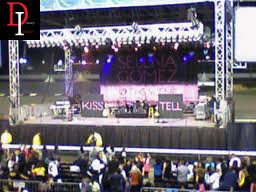 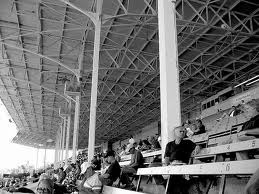