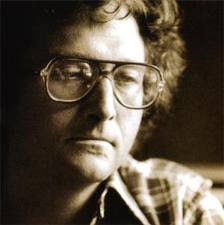 Somebody screwed up royally when they booked Randy Newman to play the Universal Amphitheater. Being one of the very best in the music business and selling tickets are two different things. Around 2,500 fans show up to see Randy live, which left about 3,700 seats unoccupied. Randy himself quipped "I see a lot of people out there dressed as empty seats". Later he joked about his "light show", which he compared to that of Pink Floyd's.

I went to the show with my better half, we had front row seats in the balcony, but were "upgraded" to sit downstairs, closer to the stage.

How often have you heard Randy Newman doing songs he hasn't written himself? Take a look at this: