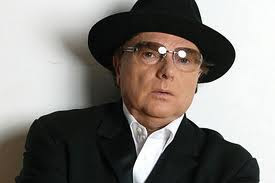 Van Morrison, yet another legendary singer I'd known since my teenage years. "Here Comes The Night" and "Gloria" are songs I still can't get enough of, even after so many decades. But Van The Man wasn't the only attraction that night: his band featured Georgie Fame, someone I'd known and loved since his "Yeh Yeh" and "Get Away" came out in the mid-sixties.

Van Morrison had been described in the music media as a moody performer, who could put on electrifying shows, but could also leave the stage after only 50 minutes of uninspired singing. We lucked out, his concert was great, then to top it all off, he gave us four encores! How often do you get four encores?

At one point during the show,Van brought out Robbie Robertson, of the Band fame. Georgie Fame was on stage the whole time, played the keyboards exuberantly and also sang a song, but I can't remember what.


Among many other songs, Van delivered "Baby Please Don't Go", "Gloria", "Whenever God Shines His Light", Bob Dylan's "Just Like a Woman" and surprisingly, "Send In The Clowns", which was the fourth and final encore. There were also a few extended instrumental interludes, in which he was an active participant - his guitar playing was quite good and he definitely knows how to blow the sax.

Here's a 1990 video showing Van Morrison and Georgie Fame together in concert:

I went to the show accompanied by my friend Klaus, we had decent orchestra seats. 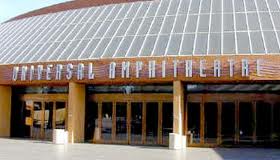