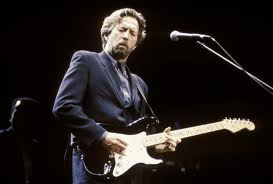 My third encounter with EC. The first time he had Phil Collins drumming for him. The second time he enlisted Mark Knopfler to be in his band. So who's it gonna be this time, I was asking myself. 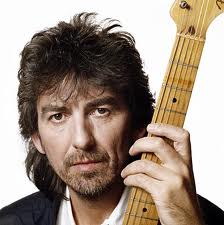 Well, for his encore, EC brought out a musician who did not need introduction, and fittingly, didn't get introduced: George Harrison, who just happened to be in town to record the Traveling Wilburys' first album. Standing side-by-side, Eric & George first traded a few blues licks, then they played "Crossroads" and "Sunshine Of Your Love". Sadly, they did not do "Badge", but it was lots of fun anyway.

This gig was part of Eric's "Journeyman" world tour, in support of the album of the same title. The show opened with three songs from "Journeyman", then continued with some of his best known songs, including some from his days with Cream and Blind Faith.


The band included only musicians I had heard of before, among them Alan Clark of Dire Straits fame.