Concert #21 - Orchestral Manoeuvres In The Dark at the Universal Amphitheater (December 6, 1986) 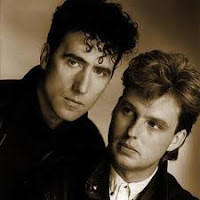 OMD was one of the bands whose music I played a whole lot during the mid and late 1980s. Synth-pop bands are not supposed to be soulful, but with Andy McCluskey's voice, OMD was the exception. To this day, "If You Leave" and all the other songs are fun to listen to. 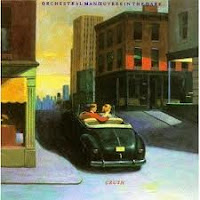 Their 1985 and 1986 albums, "Crush" and "The Pacific Age", respectively, were full of great songs, so I was not surprised when Danny, my older son, told me that he liked OMD very much. He was only 12 at the time, but had already developed an ear for good music. It took me no time to convince him to go with me to see OMD live in concert. 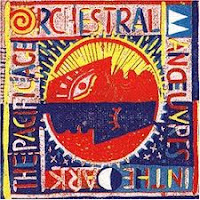 We had decent balcony seats. They did play "If You Leave", "Electricity", "Forever Live and Die", and that's all I remember. At one point during the show, Andy McCluskey told us about his frequent tendencies to dance like an idiot, so he went ahead and danced like an idiot.

The opening act was an Australian band called the Models. Not bad.
Posted by Gabe at 6:19 PM

Email ThisBlogThis!Share to TwitterShare to FacebookShare to Pinterest
Labels: Models (The), Orchestral Manoeuvres In The Dark