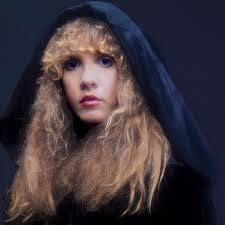 I remember this concert for all the wrong reasons. I went for lawn seating, which turned out to be a terrible choice. The lawn area was just too far from the stage and it was no fun sitting on the ground for two full sets.

This was Stevie's "Rock A Little" tour. She was definitely not in good vocal form. Moreover, I found her show to be boring and unengaging, so I was relieved when finally it was time to go home. The Billboard magazine, in full agreement with my assessment of the concert, wrote an unflattering review, to put it mildly:

Concert Review
(Pacific Amphitheatre, June 29, 1986)
published in Billboard, July 26, 1986
(by Sharon Liveten)
The near capacity crowd that showed for Stevie Nicks' recent concert here was more than willing to accept anything she dished out, even when it was pabulum. Nicks has built her reputation on singing mystical songs with vaguely occult or Arthurian lyrics. This rather bumpy, glitzy show would have seemed more appropriate in Las Vegas than in a Welsh forest.
The first sign of trouble came early in the set, with "Outside the rain." Slowed from a soft-rocker to a dirge, the song would have befitted a lounge act better than a pop/rock headliner. The pace didn't pick up until guitarist and bandleader Waddy Wachtel virtually pushed the 10 person group into "I can't wait."
An incredible light show, more than six costume changes, two semi-erotic tango segments with a male dancer, and a five minute instrumental interlude during "Edge Of Seventeen" (while Nicks shook hands with and accepted teddy bears and shawls from the audience) could not substitute for professionalism.
Nicks has a unique raspy voice, which, given the proper circumstances, can be lovely. Unfortunately, the sloppy production of this show gave her no chance at all.
Stevie Nicks - Partial Set List
Outside the Rain
Dreams
Talk to Me
I Need to Know
No Spoken Word
Beauty and the Beast
I Can't Wait
Leather and Lace
Stand Back
Stop Draggin' My Heart Around
Edge of Seventeen
Rhiannon
Has Anyone Ever Written Anything for You
Opening the proceedings, Peter Frampton played a decently long set which drew quite a bit from his "Frampton Comes Alive" album. Overall, it wasn't bad, but I was just too far from the action to really enjoy it. 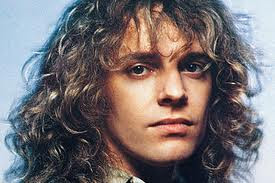 Trying to get out of the parking lot was as painful as the rest of the evening. With very few exits and extremely undisciplined drivers, it took me close to an hour to reach the freeway. Without a doubt, it was one of the worst concert-going experiences I've ever had.