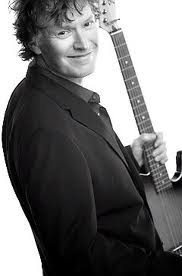 Here's someone I'd been idolizing since his Spencer Davis Group days, when I was still in high school. After many years of keeping a relatively low profile, Steve came back in 1986 with a strong album aptly titled "Back In The High Life" that generated lots of air play.

His show was exceptionally good. Frequently switching between guitars and keyboards, Steve played most of the songs from his current album, among them "Higher Love", "Freedom Overspill" and the title track. There were also two unannounced guests: Dave Mason and Joe Walsh, who were both received very well by the crowd. From among his earlier solo stuff, Steve played "While You See A Chance" and "Valerie". He also played "The Low Spark Of High-Heeled Boys" from his Traffic days, and ended the show with "Gimme Some Lovin'", the Spencer Davis Group gem. He may have even played "I'm A Man", but I'm not quite sure. 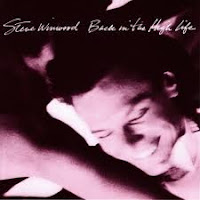 I managed to miss the opening act, Level 42, not a major loss, although I did like their "Something About You" hit. Good video, too.