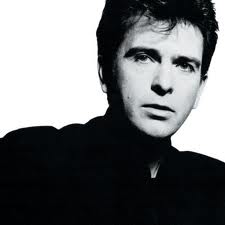 This was Peter Gabriel's first-ever solo show at the Forum, with opener Youssou N'Dour from Senegal. Peter may have played there with Genesis, years earlier, I'm not sure. But in 1986 Peter was touring solo, behind his very successful "So" album. His popularity was at its peak, thanks in great measure to the support he received from MTV. His videos for "Sledgehammer" and "Big Time" remain two of my favorites from those years.

I will never forget how, at one point during the show, he walked up to the edge of the stage, turned his back to the crowd, spread his arms and fell backwards into the crowd. For the next few minutes, Peter remained in a horizontal position, facing up, while being carried across the floor on the outstretched arms of his fans. Quite scary, but eventually he was returned safely to the stage, albeit shirtless. 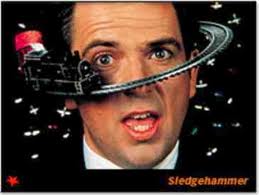 I have yet another strong recollection from the show: Peter's powerful rendition of "Biko", with its haunting drum beat that I can still hear. Of course, he also played many of the songs from "So", plus some older stuff. He was joined by Youssou N'Dour for "Red Rain".
Posted by Gabe at 9:38 PM