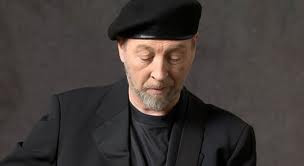 This was my 20th time to see RT in concert and my first time ever at the Largo. Also my first time to experience their bizarre way of handling ticket sales. The concert was a warm-up date for the upcoming recording of "Dream Attic", an all-live album consisting of nothing but new songs.

For the occasion, Richard assembled a top-notch band of musicians, most of whom I had seen before: multi-instrumentalist Pete Zorn, bassist Taras Prodaniuk, drummer Michael Jerome and violinist Joel Zifkin, the latter being the only newcomer to me.

I sat together with a good friend in row six, not too bad. The first half of the concert showcased Richard's new material - a couple of ballads, also a few powerful up-tempo songs, among them "Bad Again". The crowd seemed to like the new numbers, I know I did. The band sounded great, except for the violin parts, which I felt were a bit out of place. Richard's vocals were strong, his guitar playing divine. But after hearing about a dozen new songs, it was high time for some RT oldies and they came after the intermission.

The second set kick-off with "Time Will Show The Wiser" from his Fairport Convention days. Two of my all-time favorite RT songs found their way into the set: "All Bowlly's In Heaven" and "Cold Kisses", both brilliantly done and I mean brilliantly. They also played "Tear Stained Letter" and "Dad's Gonna Kill Me", where "Dad" is short for Baghdad.

The show ended with daughter Kami and son Teddy joining Richard for a rousing rendition of "I Want To See The Bright Lights Tonight".

Overall, it was an unforgettable concert and it wasn't until the following day that I realized the absence from the set list of RT's best-known song, "1952 Vincent Black Lightning".


Watch "Bad Again", played live by RT and his band: