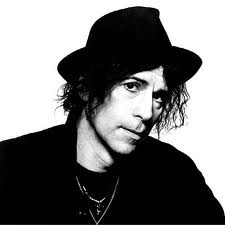 What a show! Without a doubt, one of the best I had ever seen, and I had the priviledge of enjoying it from the second row, center. The ticket cost only $30 - what a bargain!

At the respectable age of 64, Peter put on a high-energy show, with nothing but great songs and excellent dance moves that made me doubt his age. But in addition to his flawless performance, Peter also came across as a humble artist, happy to still be able to attract a crowd. He expressed his gratitude to Irving Azoff for his support in recent years. By the way, Irving was in the room.

Peter came out with a band he called the Midnight Travelers, and they were great. The showed opened with "Growing Pains", from Peter's "Sleepless" album, followed by most songs from "Midnight Souvenirs", Peter's latest album, which I believe is his best work to date. I was hoping for a surprise appearance of at least one of the artists who helped him out on "Midnight Souvenirs" - Neko Case, Shelby Lynne or even Merle Haggard. None showed up, but Peter acknowledged each and every one of them. There was a lot of humorous interaction between Peter and the band, and the band responded. Peter's soulful singing was a delight, his stories were captivating - some may say that he dropped a few names too many - but his credibility was never in question.


Picking highlights is mission impossible. "I Don't Want To Know", "The Green Fields of Summer" and "Tragedy" all sounded great. A few J.Geils Band songs also made it into the set, among them "Love Stinks" and "Give It To Me", both received very well by the fans.

The opening act was a duo named Vandaveer. They were nothing special.