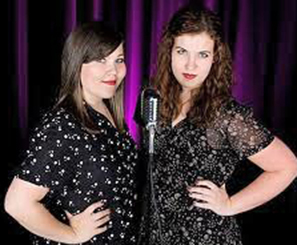 At my respectable age, I seldom go out to catch a show that starts just before midnight. But then I seldom have the chance to see the Secret Sisters in a small intimate venue - these young ladies won't be playing small intimate venues for long.
It was yet another unbelievable concert at McCabe's. It all started with one of the best opening acts I'd ever seen there, the Americans. They came out at 11:15 PM, played some great rockabilly, six songs in all. Watch this YouTube video to get acquainted with the Americans:
Laura and Lydia Rogers, a.k.a. the Secret Sisters, came out at 11:50 PM and played just about one hour. They had been on their feet since early in the morning, but their performance was strong. With only one album out, they sang the majority of the songs from the album, which - needless to say - I knew very well, and it was great. Laura played an acoustic guitar - she's not much of a guitarist, and she's the first one to tell you so.
There is no difference between their studio and live sound, which is a tribute not only to their singing ability, but also to T Bone Burnett's production. Their harmonies are divine, their voices are perfect and so is their fledgling repertoire. Among the highlights: "Do You Love An Apple", "House Of Gold" and the self-penned "Tennessee Me". I would have liked to hear "Somethin' Stupid", but you can't have it all.


Here's how "House Of Gold"sounded at McCabe's:
After the show, the Sisters mingled with the crowd and signed autographs. My better half and I grabbed two posters, which Laura & Lydia signed for us. 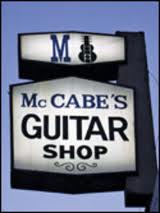 Email ThisBlogThis!Share to TwitterShare to FacebookShare to Pinterest
Labels: Americans (The), Secret Sisters (The)