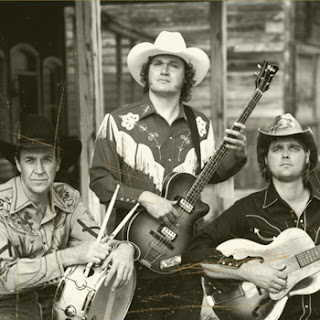 Another great Jackshit concert at McCabe's. This time I took with me 25 friends, at least half of them were first-timers. Everyone loved the concert, many told me that they wanted to see them again. The show was a sellout.

Here's the set list, which I fraudulently photographed after the show, I suppose it's Beau's handwriting: 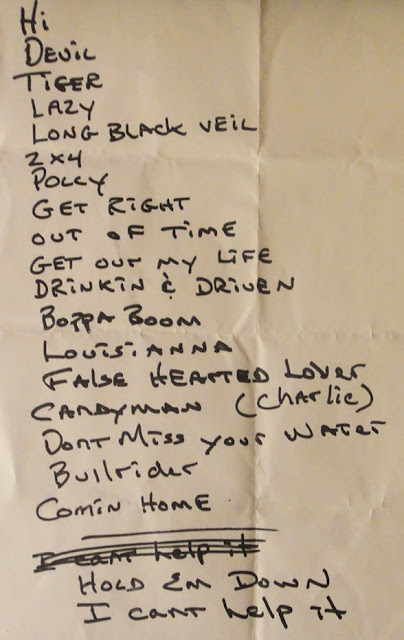 Regular shitheads would immediately notice their newer songs, such as "Out Of Time", the Rolling Stones oldie, "Drinkin' And Drivin", another obscure song from the repertoire of the equally obscure Pat MacDonald (of Timbuk 3 fame), "Candy Man", the Roy Orbison classic, the traditional "False Hearted Lover" and Jimmie Vaughan's "Boom Boppa Boom".

At one point during the concert, Pete Thomas pretended to get mad at the band, threw his drumsticks down in disgust and left the stage.
Show over? It seemed that way ... Enter eight-year-old Charlie "Ringo" Shit, who just "happened" to be backstage - he sat in for Pete on "Candy Man" and got a huge ovation from the crowd. The kid has definitely got talent. A pacified Pete came back after "Candy Man" and resumed his regular drumming duties.

The highlight of the show was Lee Dorsey's "Get Out Of My Life, Woman", featuring Shorty's exquisite bass playing. Another high point was "Hold That Critter Down", with Pete soloing on his acoustic guitar.