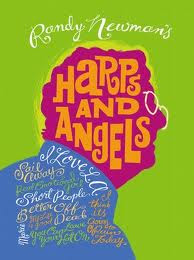 My first time at the Mark Taper Forum. What an excellent show! A talented cast of six artists delivered a highly entertaining revue of thirty five of Randy's best known songs, accompanied by a great band that remained hidden throughout the show. With music that good, there was no need for special effects, nor for a fancy stage production. The songs did the talking, and they kept coming, one after the other, it was great.

Among the performers, there were two I knew quite well: Michael McKean and Katey Sagal. That's Michael and Katey of "Spinal Tap" and "Married With Children" fame, respectively. I wasn't familiar with the other four performers, but they were all very good, especially Broadway artist Adriane Lenox and the gorgeous Storm Large, whose rendition of "I Think It's Going To Rain Today" will be hard to forget. 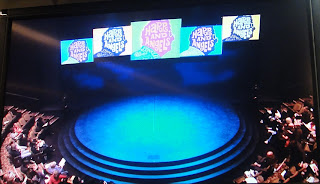 My Better Half and I had front row seats, almost at the center of the round stage. The whole show felt like a private performance, it was so intimate. The sound was very good and, better yet, we were left alone, as the artists did not bother anyone, they just minded their music.