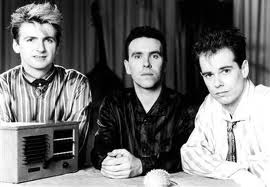 You don't often see two great acts from Down-Under in one show. The headlining Crowded House and Paul Kelly & The Messengers, the opening act, put on an excellent show. I sat at the balcony, in one of the first rows. Crowded House only had their first self-titled album out, so not a lot of material to dive into. They did play the two stand-out songs from the album, "Don't Dream It's Over" and "Something So Strong".


Paul Kelly and the Messengers were a great opening act, with many good songs. Funny thing: today, so many years after I first discovered him, I listen to a lot more Paul Kelly than Crowded House, even though the latter have sold many more CDs.

Here's one of my favorite Paul Kelly songs, "Before Too Long" 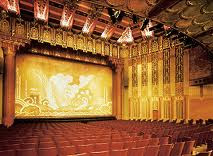 During the late 1980s, the Wiltern became one of my favorite venues. I particularly enjoyed sitting upstairs at the balcony, which they called "loge".
Posted by Gabe at 8:52 PM

Email ThisBlogThis!Share to TwitterShare to FacebookShare to Pinterest
Labels: Crowded House, Paul Kelly and The Messengers