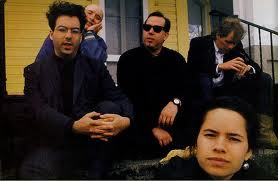 My second time to see the Maniacs, the first time as headliners. I sat upstairs, in one of the first rows. Not bad. Downy Mildew was the opening act, nothing special. The Maniacs opened their set with "Hey Jack Kerouac", then they went on to play a few more songs from "In My Tribe". From their not-yet-released third album they played "Eat For Two". Natalie danced and moved around quite a bit, pretty much like in this video:


Being the huge fan that I was, I bought a 10,000 Maniacs T-shirt, with the gorgeous "In My Tribe" LP cover in the front. I still have it, more then twenty two years after the show. 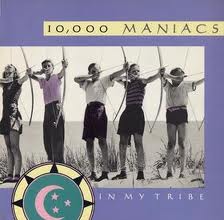