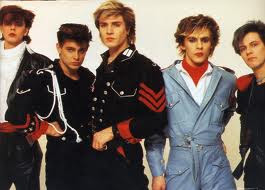 Their then-current album, "Notorious", had a little more edge than their earlier stuff, so I went to the Forum to see them live. The band had just become a trio, with Simon Le Bon on vocals, John Taylor on bass and keyboardist Nick Rhodes - you guessed it - on keyboards. Guitarist Warren Cuccurullo was in their touring band as well. 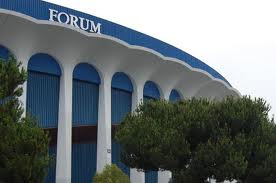 Their new sound was described in the LA Times as "pseudo-R&B", not a bad way of putting it. Once again I missed the opening act, Erasure, something I regretted later, when their soulful sound, albeit light-weight, did catch my ears.

I must have been among the older people in the crowd, but I had a good time anyway. They played many songs from "Notorious", including the title track and "Skin Trade". From their older hits they did "Hungry Like the Wolf" and "Save A Prayer".

Toward the end of the show, totally unannounced, the Bangles joined the boys for a rendition of "If He Knew What He Wants". 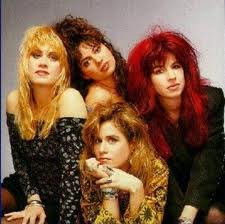 Email ThisBlogThis!Share to TwitterShare to FacebookShare to Pinterest
Labels: Bangles (The), Duran Duran