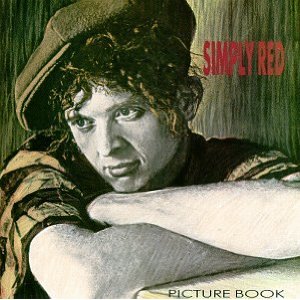 When I bought Simply Red's "Picture Book" album at Rhino Records in Claremont, the sales clerk told me "You'll love this record", and he was right. Great songs and great delivery by Mick Hucknall. In the late 80s, their sound had an edge and they were definitely different from the rest. In later years they became more of a pop act that failed to grab my interest, even though Mick's voice remains something special to this day. 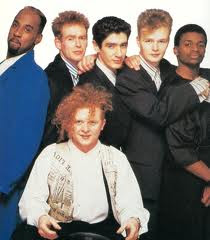 The show started with Mick coming out from behind the curtain to sing "I Guess I'll Drown in My Own Tears" all by himself. For his encore, he chose Jackie Wilson's "Higher and Higher". In between, they sang many of their best songs from their first two albums, including "Come To My Aid", "Suffer", "The Right Thing", "Ev'ry Time We Say Goodbye" and "Holding Back The Years".

The show was opened by Danny Wilson, a British band whose members were called neither Danny, nor Wilson, that's all I remember about them.

After the show, LA Times' Chris Willman wrote "No doubt about it, Simply Red is a class act that attracts a class crowd". Thanks, Chris, you are right.