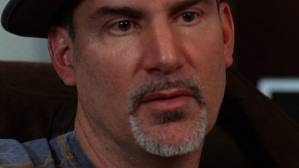 This was my 20th time to see Peter Himmelman in concert - you may say that I'm a fan. My friend Steve, whom I had talked into giving Peter a try, was there too. At his very first exposure to Peter's music, Steve became an instant fan and all Peter had to do was to perform his usual schtick. Peter was not in top vocal shape, he had a hard time hitting some high notes and later in the show he even avoided the high notes. Did he just have an off-night? Probably. On the other hand, there was nothing lacking on the intensity front - as always, Peter gave it all, and he did it with humor and great songs, among them "Mission Of My Soul" and "Seven Circles".


Here's a live in-studio version of "Seven Circles", one of the most powerful love songs you'll ever hear:

Peter received a helping hand from three musicians who had been working with him for decades: vocalist Kristin Mooney, bassist Al Wolovitch and drummer Andy Kamman.