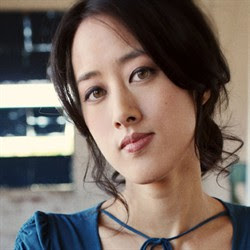 This was Vienna's second appearance at McCabe's, also my second time to see her live. She came out with her musical collaborator Alex Wong and I wish she didn't. Not that there was anything wrong with Alex - he is a fine musician in all respects. The problem resided with me: I wanted pure Vienna, I wanted nothing but her voice, her piano and her songs. I did not want percussion sounds, electronic effects and back-up vocals interfering with her singing, but unfortunately, there was plenty of such interference.

The highlight of the show was "Homecoming", Vienna's absolutely stunning song written not from the point of view of a Chinese-American young lady, but from the perspective of an older Caucasian truck driver. I have listened to this song dozens and dozens of times and every time I end up saying the same words: "Stunning. Absolutely stunning".


Here's a live version of "Homecoming":

The evening kicked-off with Sara Watkins, formerly of Nickel Creek. Lending a helping hand were brother Sean Watkins and Heartbreaker Benmont Tench, who produced Sara's first solo album. Wow, what a line-up! Benmont played the piano and kept a relatively low profile, but it was a thrill seeing him in action from my front row seat. I liked Sean, too. Sara is an OK singer, a good fiddler, she gives it all on the stage and as a result, comes across as a very likable musician who deserves our support.