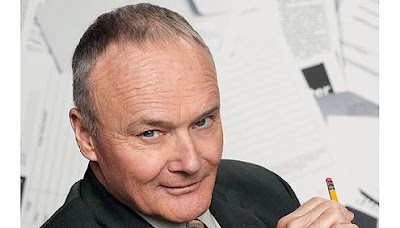 I first became aware of Creed Bratton in 2001, when he was one of P.F. Sloan's special guests at McCabe's Guitar Shop. Creed's association with P.F. dates back to the days when Creed played guitar for the Grass Roots, a band whose repertoire included quite a few songs written by P.F. Sloan.

But Creed Bratton wasn't the only reason why I drove out to McCabe's - I also happened to know that guitarist extraordinaire Val McCallum was going to play with Creed. Moreover, I was also hoping that P.F. Sloan would return the favor and join Creed on stage for a song or two. Well, that didn't happen, but I still got to see P.F. Sloan - he arrived early, when McCabe's was still closed, so he stood in line, like everyone else, until they started letting people in.

A few weeks before the show I started looking for Creed's music on YouTube and that is how I found "Rubber Tree", Creed's excellent single from his just-released CD:


I sat in the front row, together with my friend Steve. The concert was decent, not earth-shattering, but definitely worth the drive (102 miles round trip). Creed played many good songs, all written by himself, but none were quite as good as "Rubber Tree". Unfortunately, his set did not include a single Grass Roots song, which is hard to fathom.