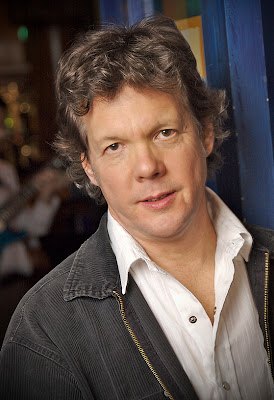 Look up "underrated" in any dictionary and chances are you will find Steve Forbert's portrait there. Not too many people know of him. Radio doesn't play him, TV likewise. He even went under my own radar for many years, until October 2004, when pushed by an irresistible "McCabe's itch", I went to my favorite venue to see Steve Forbert for the first time. Being a latecomer to Steve's music, I only knew "Romeo's Tune" at that time and that was one of the two songs I remember he played that night, the other one was "The Oil Song", complete with crowd participation. The concert was good, but Steve Forbert's talent was yet to hit me full blast.

On May 5, 2006, I went with my better half to the Getty Center's Harold M. Williams Auditorium, where Steve appeared in a concert that was free for the public. Once again, I liked his songs very much and at that point I started to actively look for more and more of his music - www.allofmp3.com was a good source, which at that time was Russia's best known and rather questionable download site. One after the other, I discovered dozens of incredibly good songs that, at least in my mind, placed Steve Forbert in the highest class of American singer-songwriters. Occasionally, I even called him a musical genius, possibly an exaggeration, but maybe no


Here's a true gem: Steve Forbert's "On The Streets Of This Town":
I went back to McCabe's to catch Steve in action a few more times, first on July 22, 2006, then on December 1, 2007 and again on April 17, 2010. Each of these shows were totally satisfying. Steve appeared solo every time, he never had a guest or even a back-up musician, it was always just him, with his acoustic guitar and a mouth harmonica. He delivered his songs with passion and abandonment and never forgot to thank the crowd for the applause.
A typical set had a few newer songs mixed with older gems, as well as requests shouted out by his fans - I don't recall Steve ever having had a predetermined song list.
Some of the songs I heard Steve sing live
Good Planets Are Hard To Find
Goin' Down To Laurel
Baghdad Dream
Miss the Mississippi and You
Baby Don't
The American In Me
What Kinda Guy
Romeo's Tune
There's Everybody Else (And Then There's You)
It Sure Was Better Back Then
The Oil Song
You Cannot Win (If You Do Not Play)
In The Jailhouse Now
Steve mingles with his fans after every show, at least that's what he always does at McCabe's. After his December 2007 concert, I got to shake his hand and get his autograph as well.
Here's Steve Forbert in an HD video of "Thirty More Years":
Posted by Gabe at 9:11 AM